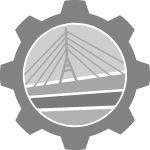 
Located on the site of a Winnebago Indian village, Charles City was originally named “Charlestown” for the son of the first-known white settler to the area, Joseph Kelly. Upon his 1851 arrival to the area, Kelly envisioned the site, with its ample supply of water from the Cedar River and adjacent timberlands, as an ideal location for a town. By 1852, 25 other settler families had joined Kelly in that vision and a community was born. The town name changed, first to “St. Charles” and eventually to “Charles City,” to avoid duplication of other Iowa town names.

Charles City became the county seat after Floyd County was established in 1851 and officially organized in 1854. Floyd County itself was most likely named for Sergeant Charles Floyd of the Lewis and Clark Expedition.


Many people around the region remember Charles City as the site of a devastating tornado that ripped through town on May 15, 1968, leaving 13 dead, hundreds injured, and massive destruction in its wake. One of the largest twisters ever recorded in the state, the storm destroyed much of the downtown - 256 businesses and 1,250 homes. Damage estimates of more than $20 million only told part of the story; the cost in human suffering was much greater than that. However, with an outpouring of support from the region, a determined community rebuilt, and has not only survived, but thrived.


Charles City is perhaps best known for the role it played in the history of the American tractor. Going back to 1900-1901, the term “tractor” was first coined here upon the unveiling of the Hart-Parr gasoline-powered traction engine - the first production-model tractor in the U.S. The growing business eventually became the Oliver Farm Equipment Company and finally the White Farm-New Idea Equipment Co. At its peak in the mid-1970s, the sprawling plant complex encompassed 23 acres and employed nearly 3,000 workers. The 1980s farm crisis and other economic pressures led to the closing of the plant in 1993. Today, the vacant site stands ready for re-use. The Floyd County Historical Museum preserves the plant’s history and memories in an extensive collection of documents and artifacts.


National women’s rights leader Carrie Lane Chapman Catt spent her girlhood years on a farm south of Charles City. Catt is well known for her efforts in helping to pass the 19th Amendment, granting women the right to vote. Her home and an interpretive center are open to the public.


Charles City’s historic Suspension Bridge was built 1906 and provided pedestrian access across the Cedar River for over a century. It spanned over 270 feet and was built to allow the townsfolk access to the Chautauqua events in Lion’s Field Park. This bridge was listed on the National Historic Register of Historic Places. A beloved icon and landmark of the community, the bridge was lost during record floods in June of 2008. A new cable-stay pedestrian bridge was constructed at the same location in 2010.
Online Utility Payments
Job Openings
Notify Me®
Agendas, Minutes & Videos
Forms & Documents
Contact Us
Government Websites by CivicPlus®
[]